Could Donald Trump Build His Wall With LEGO?

As the entire United States impatiently awaits the final decision on President Donald Trump’s border wall, a Canadian ironworker has started to construct the barrier alone. Instead of using reinforced steel or slabs of concrete, this 40-year-old lego enthusiast is using color blocks. Chris is an avid Reddit user who is known on the platform as Balderdhash. During a short respite from work because of a medical issue, Chris decided to publish his version of the border wall design in early 2017.

While millions of Americans throughout the country are on the verge of pulling their hair out, undisturbed Canadians are inspired to build miniature versions of the controversial wall. Perhaps citizens of the U.S. can learn a lesson from their tranquil neighbors from the north. Not every decision has to be a matter of life and death. Besides, there’s no time to worry when lego walls need to be built! 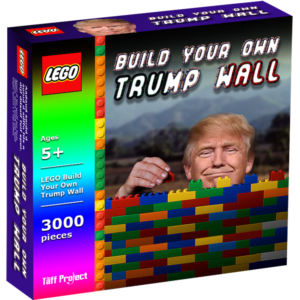 In an interview with Forbes via the Reddit platform, Chris talked about his inspiration for the creative project. When the ironworker was given time off of work to recuperate from a medical issue, he was left with idle hands and an idle mind. In an effort to teach himself some Photoshop skills, Chris was determined to create something on the editing platform.

Fortunately, this Canadian had the perfect combination of recreational cannabis and 24-hour news reporting to fuel his creative process. After seeing all of the media attention surrounding Trump’s wall proposal, Chris decided to take advantage of the trending topic. Chris mentioned that the image received a lot of positive reactions and laughs at the beginning. Like every smart Reddit user, Chris made an attempt to ignore the negative attention.

Chris’ image was originally posted on the r/TinyTrumps forum on Reddit. This community is full of images that have been photoshopped with miniature Trumps. Initially, the post only received around 1,400 upvotes. Although this is a respectable amount for a novice Photoshop user, Chris’ talent was destined for more attention. Eventually, the image was reposted several different times throughout the platform. It even hit 13,00 upvotes on r/pics on Tuesday.

Although Lego was initially designed for and marketed towards children, every adult can admit to having fun while constructing objects and designs out of these tiny, colorful blocks. Maybe giving President Trump a box of legos will be enough to keep his mind off the building of the actual wall. “AFOL” is actually a popular term that refers to adults who enjoy playing with Legos. Jeff Thompson has received credit for coining the term that stands for “adult fan of Lego” on Usenet in 1995.

In response to this growing trend of popularity amongst adults, Lego started branding a specific portion of their product line to older audiences. The toy giant released a sub-brand by the name of Lego Architecture in 2008. Under this brand name, Lego releases sets that replicate iconic and historical buildings such as Fallingwater and Rockefeller Center.

The iconic brand was able to further solidify their grip in the adult niche with the 2014 release of their debut film. The Lego Movie grossed more than $469 million shortly after its release. There was enough subtle, adult humor in the movie to appeal to older audiences. The movie’s sequels have also been major successes. I wonder if the Danish company will consider making Trump’s love affair with the southern border into a full-length Lego movie. Chris’ rough sketches could be the beginning storyboard for the film.

Since President Trump’s speech on Tuesday evening, Chris has created an official expansion pack design that puts Lego’s previous work to shame. During his message, Trump referred to the situation at the southern border as a “humanitarian crisis”. He mentioned that American blood was being shed because of the lack of a wall. He attempted to simplify the decision into a basic discussion of wrong and right.

While the U.S. government continues to drag this decision out for as long as possible, Chris is wasting no time in the construction of his own wall. His expansion pack design has received a decent amount of attention from Reddit forums and news publications throughout the U.S. and Canada. Chris even submitted his official design to Lego. Although the design wasn’t accepted, officials at Lego were kind enough to send a formal decline latter. Understanding that the acceptance of his design was a longshot, Chris was sure that a few Lego employees got a kick out of the concept.

Nobody can blame Lego for wanting to stay out of the heated political realm. Tensions continue to rise on both sides of the aisle as the official decision surrounding the border wall has yet to be made. If President Trump isn’t able to continue with the construction of his beloved wall, perhaps he’ll take some inspiration from Chris’ design. I don’t think many people in the U.S. would be surprised to read a headline mentioning the President’s plan to build a “huge” wall out of Legos. It is clear that the political situation in the country is that out of control.

If you like Trump’s LEGO wall, then you’ll probably love the Donald Trump Minifigure too! 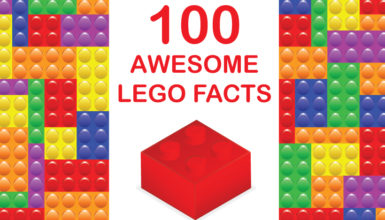 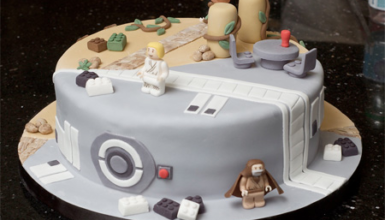 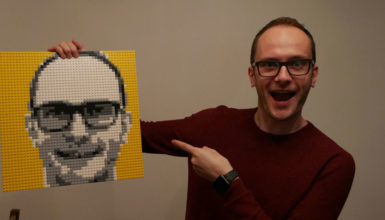 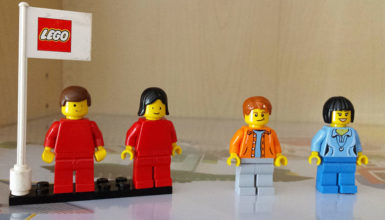 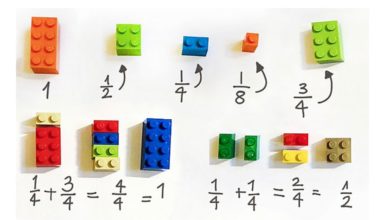