LEGO has done it again with their Technic line. If you’re not familiar with LEGO technic, this collection of builds is all about the mechanical side of things. The pieces are unique to standard sets. Catered to the STEM-conscious, they are not for the faint of heart.

Projects are more complex and feature real moving parts to simulate their real-life counterpart. This particular set is modelled after the Porsche 911 RSR. LEGO developed it in partnership with Porsche, ensuring that all the details line up.

At face value, it doesn’t disappoint. This isn’t the blocky builds you might be used to! It features organic shapes and tons of smaller details that make the finished appearance come to life.

It’s a beautiful sight to behold and welcome addition to any collector’s stockpile. Looks aside, how does this LEGO Technic set stand up against some other models in the lineup? Is it worth the buy? With this review, we’re going to dive deep and give you some information on everything you need to know.

About the LEGO Technic Porsche 911 RSR 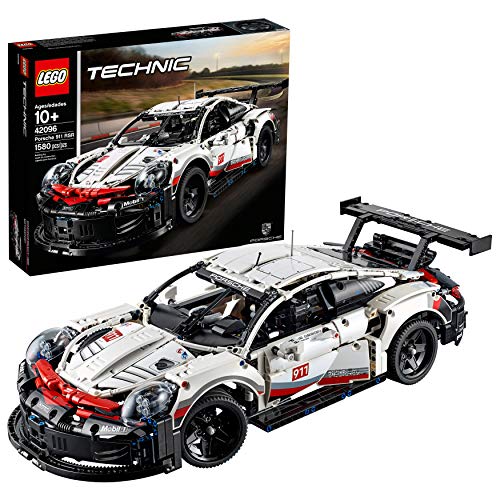 As mentioned earlier, the Porsche 911 RSR build is part of LEGO’s Technic line. It’s the second project in a collection developed with the help of Porsche. The others include the Porsche 911 GT3.

LEGO partners with several auto manufacturers to produce items in the Technic collection. These models are supposed to be true-to-life, so the devil is in the details!

Even without opening the box, we can already see notable differences between the 911 RSR and the 911 GT3. The most obvious is the overall styling. The 911 GT3 build focused on the sleek sports car aesthetics. Meanwhile, this one is all about the authentic racing model. Unlike the GT3, the RSR is not a consumer vehicle. It was exclusively made for the race track!

Unveiled in 2017, Porsche specifically created the 911 RTR for Grand Touring Endurance categories. It eventually got its first victory in 2018!

The LEGO Technic build is a scale model of that same vehicle. So, you’re getting the same racing colors, which are far more distinct. Plus, it comes with several signature decals.

Another key difference with this set is the piece count. It includes 1,580 pieces in total. That’s already a lot, but it’s significantly less than the 2,704 parts of the Porsche 911 GT3 kit!

Before we dive into the building process, let’s talk about the packaging. Without a doubt, the LEGO Technic Porsche 911 RSR kit is a collector’s item. That’s evident from the box alone.

The packaging features a similar design to other LEGO kits. You have the finished car in front of a simulated background. In this case, the vehicle appears to be zipping through a race track. It’s very well-presented and gives you a good idea of what you’re in for!

On the bottom right corner, you’ll find the official Porsche logo. The back of the box shows some close-up images of finer details, such as the moving parts. More on that later. 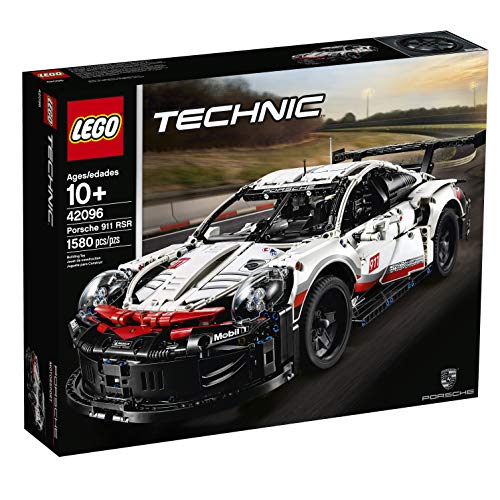 Inside, the packaging gets significantly more complicated! The various components are split into 13 bags. Here’s one gripe we have about the set. The bags aren’t numbered! LEGO does this with some of their collections to make things a bit easier during the building process. It’s a shame that it’s not present here.

Without the numbering, you’ll have to do some searching to find appropriate pieces. Luckily, the bags are clear to make your search a bit easier.

In addition to the building parts, you’re getting approximately 52 speakers spread over two sheets. This is another thing that some LEGO fanatics may not love. Stickers are notorious for being cumbersome and short-lived. It’s not a deal-breaker by any means, but we much prefer direct printing!

On the plus side, LEGO does include a detailed instruction manual to guide you through the build process. It’s a sizable booklet. However, everything is clearly labeled and easy to follow. As always, LEGO makes sure that you can actually put the set together!

Technic sets can be a bit confusing if you don’t have a ton of experience building them. They come with a lot of standard bricks with pegs. But the thing that sets Technic apart from other lines is its use of rods.

Interconnecting rods and poles allow for complex movement, which isn’t always possible with squared bricks. You might recognize some components, as they operate similar to axles for traditional LEGO vehicles.

However, Technic takes things to a new level! You’ll see the system in everything from the complex engine to the decorative elements on the rear. If you’re not used to them, take your time! The instructions give you plenty of instructions on how to snap the pieces together. They do require a bit more force until you hear that signature “click.” So, be prepared!

Building the Porsche 911 starts with the frame. This part is gratifying and relatively painless. If you’re assembling the racecar with a younger child, it’s an excellent opportunity to see how the foundation of a vehicle works. It slowly starts to take shape.

The foundation is comprised of smaller sub-assemblies. Those can be a bit more complex. Just take your time! Once you have those smaller chunks ready, you can piece all of them together to create the car’s base.

Then, you get to move on to the moving parts. Here’s where things can get a little overwhelming for younger kids or novice builders. There are several small pieces involved. Plus, connection points require a lot of dexterity! It requires a patient hand to get some of the moving components to click together.

Take, for example, the steering joints and suspension. LEGO does color-code many of the parts. Because they’re under the car, you won’t see the bright colors come through. That said, the color-coding can help you stay on-track and organized.

Despite the difficulty, putting those finer assemblies together is a real joy. It’s something that any gearhead will appreciate. Even those that don’t have a ton of experience under the hood will enjoy it. It’s a chance to learn how the many elements work together to get a car moving.

After you get all the working parts in order, the final stage of the process is the exterior body. Don’t make the mistake of thinking that you can rush through this stage! It’s just as complex.

Cleverly angled connection help the curves come to life! A healthy mix of large panels and intricate details contribute to the overall realistic aesthetics. While there’s a lot of symmetry to the finished build, it doesn’t feel monotonous or repetitive. There’s enough variety to keep you captivated throughout the entire project.

This set isn’t supposed to be “played with.” The joy comes from building it. The car is more of a display piece than anything else.

That said, some unique interactive components push this set into greatness.

The car has a working steering system and suspension. Thanks to the Technic parts, they both operate smoothly and make for great roleplaying.

Underneath the hood, the Porsche 911 RSR has a replica of the iconic six-cylinder engine. It’s not just some motionless piece, either. Several moving pistons show the machine in action! The interactive element acts as a teaching moment that shows how this beast of a car gets its driving force.

Another detail-filled element is the interior. The Porsche 911 RSR model comes with a working door. Once opened, you can take a peek into the cockpit and appreciate all this car has to offer. There are LEGO versions of all the proper gear. You’ll see a fire suppression system, radar screen, and all kinds of cool technology.

Overall, the LEGO Technic Porsche 911 RSR is a worthy investment for anyone looking for a challenge. It’s not reserved for seasoned builders or even racing fanatics. LEGO created a universally challenging project that takes time and effort to complete. However, it’s not so hard that you want to give up.

This is undoubtedly a time-consuming build that requires more skill than some other sets on the market. But that’s what makes it so appealing.

It has a touch of realism you can’t get with blocky structures. With the organic shapes, attention to detail, and moving parts, it’s a LEGO car worth showing off. While it is marketed to ages ten and up, it feels like an “adult” build. The set presents a clear challenge that feels gratifying to finish.

When you’re done, pop it on a shelf and put it on full display. It’s a showpiece that deserves a bit of attention! 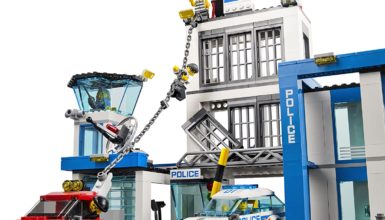 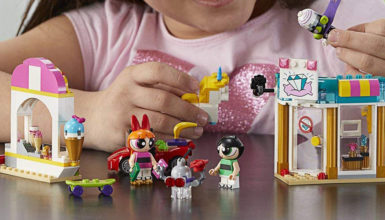