If you’re a fan of the Fast & Furious franchise, this LEGO set is a must-have! It’s modeled after the modified 1970 Dodge Charger R/T, a franchise staple. The car has appeared in several movies and is driven by one of the leading characters, Dom.

But this isn’t any old LEGO set. This car model is part of the Technic line. If you’re not familiar, the Technic line is a STEM-focused collection of builds that feature moving parts, unique components, and distinct style.

Without a doubt, the finished build is a beauty you’ll want to show off. But is it worth your time and money? In this review, we’re going to find out!

Right off the bat, Dom’s Dodge Charger from LEGO is unlike other sets you might be familiar with. First off, it’s a licensed set! LEGO worked closely with the Fast & Furious team to recreate the iconic vehicle in truck form. Not only that, but LEGO worked with Dodge to get those realistic details just right.

This isn’t a “toy” set. While kids as young as ten will enjoy it, the build is clearly catered to the film franchise fans. It does include a couple of moving parts and hidden details. However, this is a decorative project to show off. It’s not meant for heavy play. Instead, it looks best sitting on a shelf next to your other Fast & Furious memorabilia. 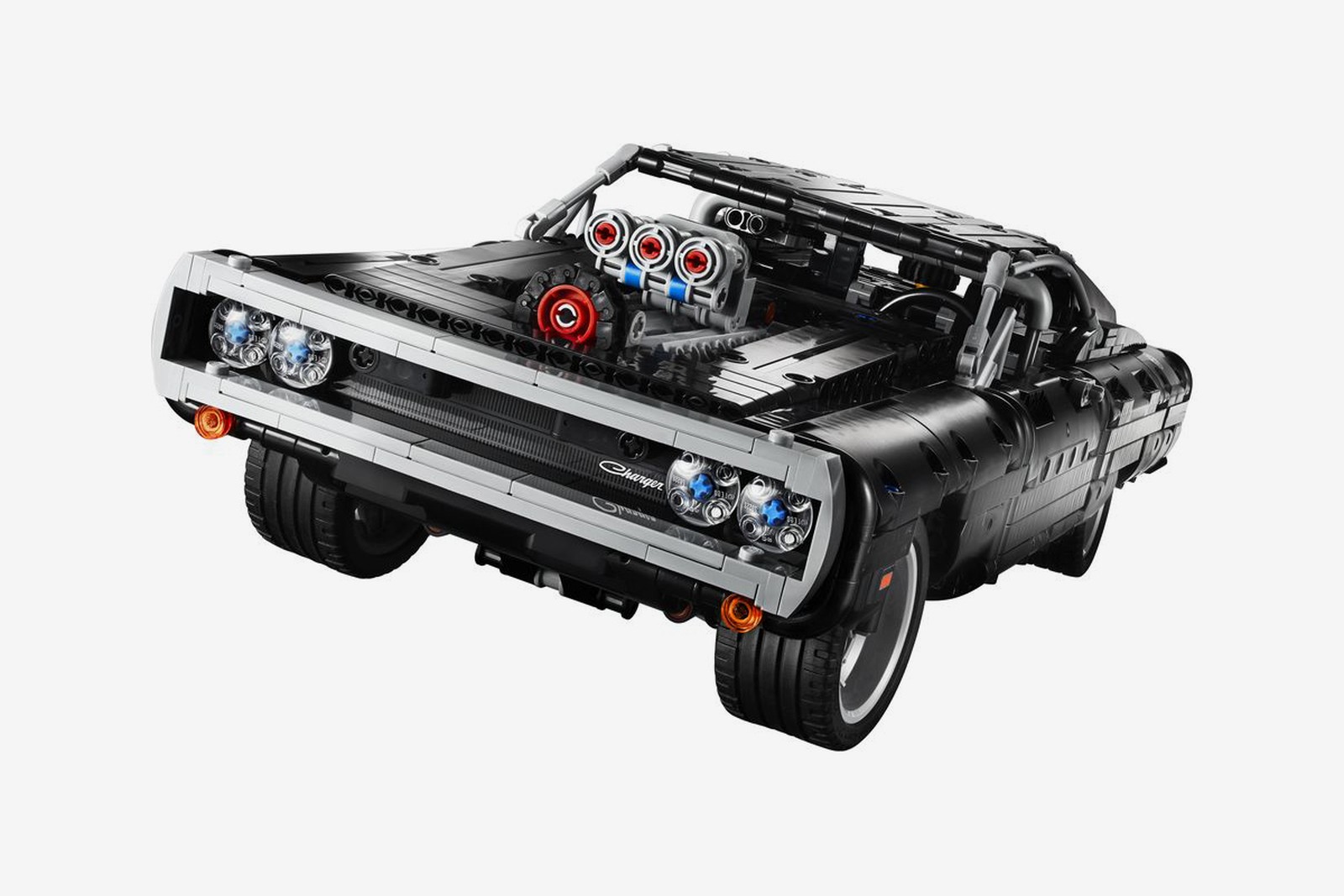 Before we get into the build, let’s talk about the packaging. Whether you’re a fan of LEGO or Fast & Furious, you won’t be disappointed. Like other LEGO boxes, this is one that ready for display.

It features the finished LEGO car and digital backgrounds that make it look like it jumped straight from the silver screen. The Fast & Furious logo is printed on the corner. The same goes for the Dodge badging. It’s rare for LEGO to work with two different companies when creating a set. So, the fact that you have the two logos makes it a collection-worthy box!

Inside, it’s standard LEGO fare. You have multiple clear plastic bags and a detailed instruction manual. 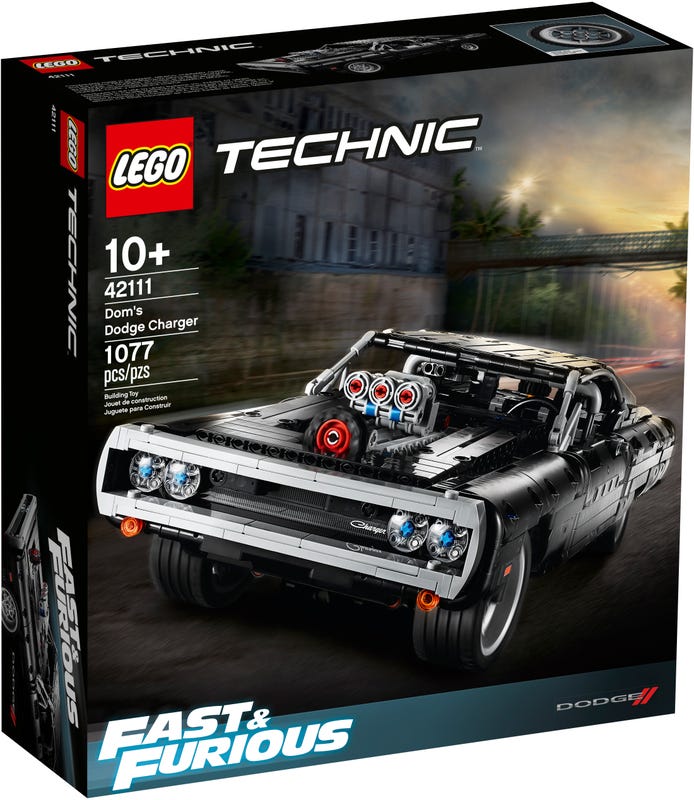 One thing we like about this set is that the bags feature labeling! They’re numbered, which makes following the instructions a breeze. You can keep everything contained while you move from one step of the construction phase to the next. No more losing stray parts!

The book is not something you want to toss to the side, either. It features easy-to-follow instructions like all LEGO pamphlets. But more importantly, it gives you some insight into the importance of the car. You can read up on the Fast & Furious franchise and how Dom’s Charger came to be. It’s not as in-depth as some other memorabilia. But it’s definitely an exciting thing to look through for any fanatic.

The Parts and Accessories

If you’re not familiar with LEGO Technic, this build may be a brand-new experience for you! The Technic lineup is unique to other builds. As mentioned earlier, it focuses on STEM-based building and operation. Thus, you’re going to have a lot of moving parts.

Rods and rounded connection points are a staple in the Technic line. You’ll also see strange side-stud biscuits, long rail pieces, and more. The set also takes advantage of traditional bricks. However, the unique parts are going to build the foundation.

Putting the Technic parts together is a bit harder and may feel weird at first. But be patient and read the instructions! LEGO does a fantastic job of showing you how to assemble every component. If things stay together, just apply force until you hear that signature “click.”

Dom’s Charger is a beautiful car that combines modern technology with old-school design cues. It’s the perfect model to transform into a LEGO set!

The first part of the process is to construct the frame. Here’s where things may get complicated to Technic newcomers. The foundation utilizes a lot of intricate pins and rounded parts, which can get overwhelming very quickly.

Luckily, LEGO color-codes many of the pieces. You’re not going to see the brightly-colored Technic bricks in the final build. So, it’s a nice touch that LEGO specifically used to avoid confusion.

Once you have the frame ready, you can move onto the engine. This set has a small-scale recreation of the V8 machine. It comes complete with working pistons so that you can see how it creates the driving force Dom needs to zip through the streets!

Other intricate details are included, too. The model has a working wishbone suspension system and a steering rack. There’s also working doors, a jack system, and a functional trunk filled with nitro!

During the build, you assemble the car from the foundation up. It takes its shape slowly, which is a rewarding process for any Fast & Furious fan.

Overall, the Fast 7 Furious Dom’s Charger LEGO set is a worthy addition to your collection. Whether you’re a LEGO enthusiast or a hardcore Fast & Furious fan, it has a lot to offer! The attention to detail on the finished build is nothing short of impressive.

The working parts provide tons of realism, which is expected for the Technic lineup. However, they are far more interesting than one would expect! The fluid movement of the car is excellent for roleplaying as Dom.

Meanwhile, the sleek lines of the body make it worthy of display. It’s instantly recognizable and offers an enjoyable building experience. As a whole, the set is a bit more challenging than some other scenes. But once you see the Dodge Charger come to life, the frustration is well worth the trouble!