The LEGO brand isn’t just for physical brick building! LEGO video games add a brand-new way to enjoy the iconic toy brand. LEGO has dipped its toes into the video game world in the past. But, it wasn’t until the last decade or so that the franchise really took off!

LEGO games can vary dramatically in terms of theme and gameplay. Some are modelled after popular building sets, turning familiar media franchises into a quirky family-friendly world you can explore. Others were developed for diehard LEGO fanatics and quickly turned into a franchise of their own.

If you’re looking for the best LEGO Switch games available, we have you covered! Check out some of our favorites below.

Why Play LEGO Games on the Switch?

When you think about it, the Nintendo Switch is the perfect system to enjoy LEGO games. While these titles are available on other systems, such as the Playstation 4 and Xbox One, they’re much more enjoyable on the Switch.

LEGO video games don’t have ultra-realistic graphics, making them perfect for the lower-powered hybrid console. Plus, you can play these games in long sessions or short bursts. Take the Switch with you to enjoy the game on the go. Or, dock it to immerse yourself in the digital brick world! Playing on the Nintendo Switch gives you the flexibility to enjoy the games your way.

Our Best Lego Switch Games For 2021 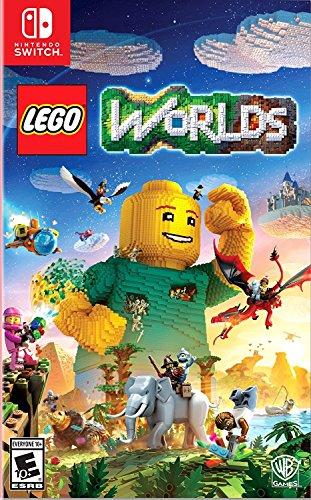 Developed by Traveller’s Tales, LEGO Worlds is one of the newest titles in the franchise. It also happens to be one of the biggest! Instead of modeling the game after existing franchises, this is an entirely new game with sandbox mechanics.

You can explore procedurally generated planets with a slew of different biomes. In each biome, you can discover new bricks, interact with characters, unlock tools, and even complete quests. Each planet is unique, allowing you to explore endlessly to your heart’s content.

That’s not all. Once you unlock all of your tools, you can start building whatever you want. Create a town brick by brick or use massive terraforming tools to build the environment of your dreams. It’s like having a limitless number of bricks at your disposal! 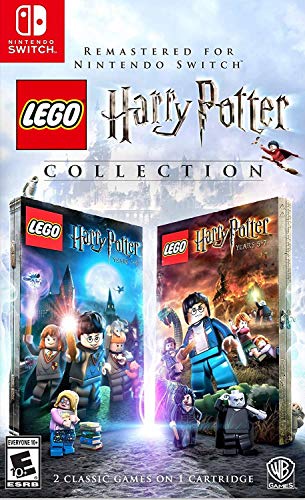 The Harry Potter franchise has captivated audiences since its release. With every passing movie release, LEGO has been right there with some new physical sets to build. The LEGO Harry Potter collection is a natural tie-in that offers a ton of great gameplay.

It’s a narrative-based game that follows the events of the films. The collection includes two games: Years 1-4 and Years 5-7. Watch the events of the story unfold as you switch characters, cast spells, and visit some iconic environments in brick form!

The two-in-one collection offers hours of replay. Thanks to a slew of collectibles, there’s still plenty to discover long after you have completed the main story. 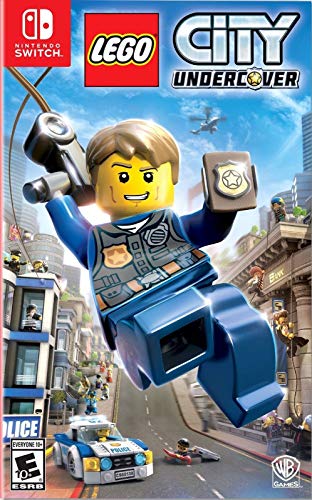 Here’s another title that was developed using LEGO’s original sets. It’s set in the iconic LEGO City, which is a popular theme that includes everything from police stations to one-of-a-kind vehicles. LEGO City is a vast open-world with plenty to do and a lot to discover.

As you play, you can progress through the story by completing the main objectives. However, the city is hiding a lot of secrets! Hundreds of collectibles are up for grabs, giving you hours of fun!

Overall, LEGO City Undercover is a family-friendly game with all the action you need to stay entertained. It was originally developed for the Nintendo Wii. However, a remastered version for the Switch came out in 2017. 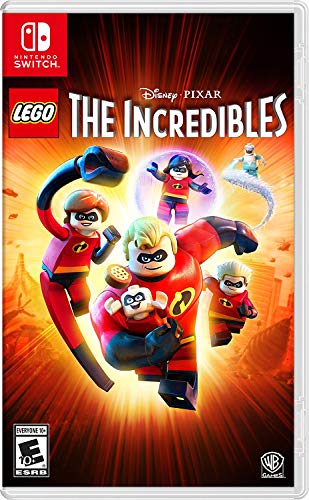 If you’re a fan of Disney and Pixar’s animated film, The Incredibles, you’re going to love this game. It follows the plots of both The Incredibles and The Incredibles 2. However, some slight deviations from the plotline do exist, adding some interesting elements to an already-great story.

Throughout the game, you can play as several characters. Control members of the Parr family in superhero form! You can also control some of their allies and a selection of supervillains! Explore two vast open-world cities while you fight with foes and progress through the story.

As always, collectibles are hidden throughout the game. Collect them all to see everything the game has to offer! 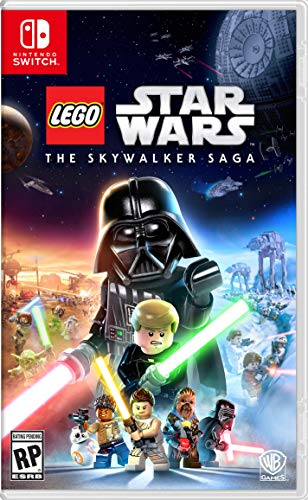 This LEGO game isn’t out just yet. It’s been in development by Traveller’s Tale for several years and is set to hit the market in early 2021. However, that doesn’t mean that we don’t know anything about what this game has to offer. A lot of information has come out through teasers and gameplay footage.

Unlike other games in the LEGO franchise, this one isn’t linear. You can choose any episode and complete the game in whatever order you want. There are a total of nine sagas with five story missions each. So, you have a total of 45 levels set in a myriad of planets and settings.

This game covers the entire film franchise saga. It’s a great way to let kids discover the world of Star Wars or experience a unique retelling of the story for yourself! 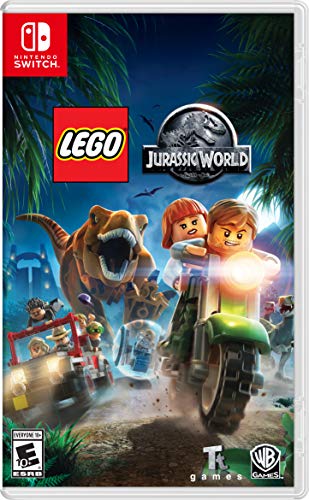 LEGO Jurassic World first came out in 2015 with the release of the Jurassic World film. But, the Switch version became available in 2019. This game is similar to others in the LEGO video game franchise. It features multiple controllable characters and puzzles to challenge your mind.

Despite the title, this isn’t just based on the Jurassic World film. It covers all of the previous films, too! There are a total of 20 levels. Five levels are related to each of the first four films.

There are several unlockable characters to explore the world as. This includes 20 different species of dinosaurs. Wreak havoc on the open-world plot or play as the main characters to escape the destruction! 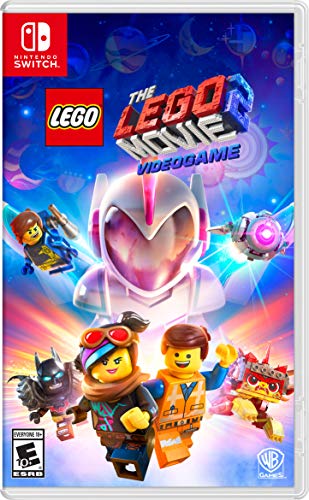 All of LEGO’s success in the toy and video game world lead to the development of two standalone movies with unique characters and plot points. Of course, you can’t have a LEGO movie without a LEGO game. This title is based on the sequel film, The LEGO Movie 2: The Second Part.

The video game is a bit different from others. It still has a lot of puzzle-based challenges to overcome. But, there are also construction and platformer elements to get through. A lot of the gameplay is modeled after LEGO Worlds. In fact, you might see some familiar bricks, tools, and biomes if you’ve played that title.

However, this game follows the events of the movie and adds plenty of new activities to keep things fresh. 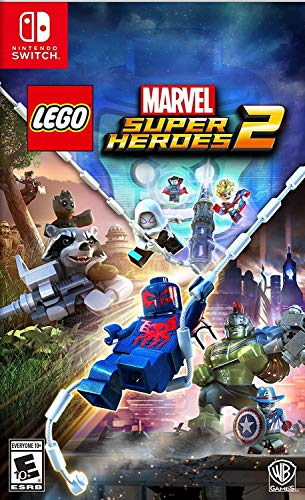 The game seamlessly mixes action gameplay with puzzle platforming. You get to choose one of many different iconic Marvel characters. Each one has its own unique abilities, making each playthrough enjoyable.

As you make your way through the story, you can visit 17 different detailed worlds. There, you may encounter some familiar faces in brick form! Time travel is a big element in this game, so you get to see different iterations of characters throughout several Marvel eras. 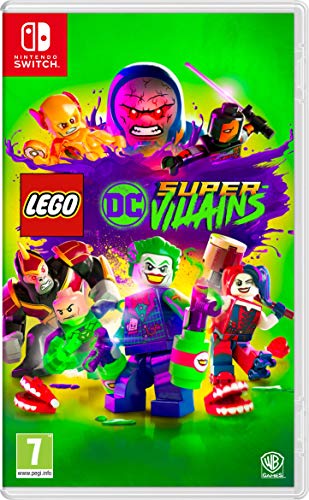 Ever want to see what it’s like to be the bad guy? LEGO DC Super-Villains lets you do just that! You have the opportunity to play as some of the most iconic villain characters in the DC Universe. These include the Joker, Lex Luthor, and more.

But just because you’re a bad guy doesn’t mean that you’re going to wreak havoc across Gotham City or Metropolis. The plotline of this game has the villains battle other super-villains who are pretending to be superheroes. It’s a unique story full of twists and turns that you won’t see coming!

The game has all of the familiar elements of other LEGO titles. This includes more than enough action and some head-scratching puzzles.

The LEGO video game franchise is one of the most unique. LEGOs are easily adaptable to any franchise, setting, or story. You can experience unique takes of familiar stories or discover brand-new tales from a brick figurine’s perspective. Whatever the case may be, these games offer hours of fun and many hidden secrets to discover. Pick up a title, sit back with your Switch, and get to playing! 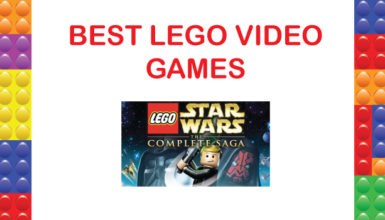